People Can Fly renamed to Epic Games Poland, working on Fortnite Authored by Tyler Colp fornite People Can Fly, the… 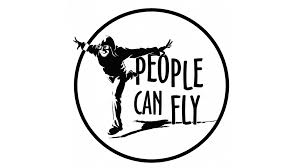 People Can Fly, the Epic Games subsidiary developer behind Gears of War: Judgment and Bulletstorm has been renamed to Epic Games Poland, a company representative confirmed to Pixel Enemy today.

Here’s the statement they gave me:

“We’ve changed the studio’s name from People Can Fly to Epic Games Poland. We’re a global company with talented people working toward one goal across the world. We think this helps better reflect that.”

The Warsaw, Poland-based studio is one of the many studios, including the main studio in North Carolina, working on sandbox survival game Fortnite, the company also confirmed to us.

The studio is looking for a concept artist and a associate producer to work on the game, according to job listings on the Epic Games career page.

The People Can Fly website is still up, and the company’s answering machine still refers to its old name (thanks to @Ellimem.)

Epic Games acquired People Can Fly in August 2012, after having a majority share in the company since 2007. The acquisition triggered the departures of studio founder Adrian Chmielarz, Andrzej Poznanski, and Michal Kosieradzki.