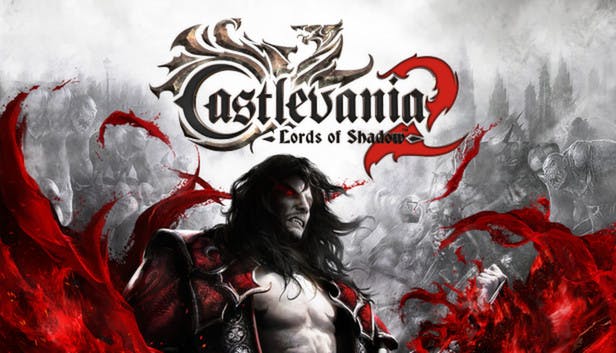 I might not be the most hardcore fan of Castlevania out there but I’ve played — and enjoyed — the majority of them. This time was no different. Castlevania: Lords of Shadow: Mirror of Fate HD proves to be a mighty addition to the series, blending up-to-date graphics with classic gameplay that fans will be accustomed to.

If you’re not exactly well acquainted with Castlevania and the Lords of Shadow story, then you’ll suprisingly find this game actually caters to you well, but if you’ve followed Castlevania then you’ll find the story ties up neatly with some very surprising moments and twists.

The game’s segmented into four people, three of which are major playable characters that want to kill Dracula. We have Simon, Alucard and Trevor. There’s a fourth playable character, which is Lords of Shadow protagonist Gabriel but he’s only in it for the tutorial sections. These characters all have very unique gameplay styles which I’ve broken down in simple terms below.

Simon’s segments are heavily based on Castlevania 4‘s gameplay, Alucard’s segments focus on puzzles, and Trevor’s focuses on the original Lord of Shadows gameplay.

I found this unique approach pretty refreshing, since just as I got tired of one segment of gameplay I was thrust into a new one. It really made the game feel fresh. However, under that, there isn’t really a great much of mechanics. For example, the leveling system is really, really shallow. You unlock new combos as you level up, but they’re just so dull that it feels as though using anything except the default combo is a chore. The map allows you to add notes on it which is pretty cool, but aside from that there’s just nothing new, it’s pretty shallow. There’s a magic ability that makes you auto defend, this makes the game — even on hard — very easy. It does deplete the magic bar for each successful block, but the game is littered with mana and health wells, so you’re never without.

Moving onto graphics, this game is a port of the 3DS version and the graphics are okay, but there are some hugely notable problems. You see, there is green water, which is an insta-death if you land in it, on the 3DS version you can see this very, very clearly. But on the ported HD version you can’t really see it, unless you have your TV’s brightness so high up it gives you a tan.

The graphics are interesting, a mix of flat colour against shaded more detailed coloured areas give the game some intense depth which I really wasn’t expecting. Although at first I thought it was ugly as all sin, it grew on me.

The enemies are all pretty fun to fight and even though some of them feel a little recycled in parts, but on the whole I feel like I’m fighting new enemies that have interesting attack patterns. And all the bosses are pretty spectacular.

Sadly, the game is pretty short but replayability is increased with added collectibles like Bestiary pages and scrolls. Even if I can change my character on the second play-through, I didn’t get the urge to play the game again and that’s the gist of it. Mirror of Fate is a solid action game but it might not be enough for those not a fan of Castlevania’s lore.

Final Verdict: 7/10 (This game is an excellent addition to the Castlevania series and most fans will probably love it, but people looking for a heavy hack ‘n’ slash game won’t be too impressed.)

A review code for the Xbox 360 was given to us for review, and I hacked and slashed my way across more undead than a zombie flick.