This week, Bohemia Interactive will release the latest title in their Arma series, Arma III. First off, just to outline… 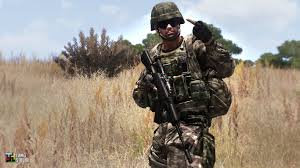 This week, Bohemia Interactive will release the latest title in their Arma series, Arma III. First off, just to outline Arma III itself is a sandbox tactical sim and to be frank, some people even dislike attaching the term FPS to it because you have the option to play in both first and third-person views. It places you in the virtual worlds of Stratis and Altis both of which are modeled on real world locations; and Altis makes up an area of some 270 square kilometers.

When entering the game expect a completely different style of gameplay than your average shooters, as Arma III features by default high weapon damages, a slow pace, typically long-range weapon engagements, a high level of technical detail, vast modding options as well as a full day to night cycle and large range of vehicles for you to choose from.

I was a new player to the Arma franchise this year and so I hope to give you a new player’s unbiased perspective on the game than you might get from someone who has been playing Arma II and perhaps caught up in the DAYZ phenomena.

So before we get into the details of the release itself, let’s just roll back a few months to the Arma III Beta and my very first steps into the game which you might be taking soon if you plan to purchase Arma III but have no experience in it whatsoever.

Entering a new game can be intimidating especially with something like Arma which — let’s not be in any doubt — is very complex when it comes to shooters. The amount of commands and details forges a steep learning curve. Fortunately Bohemia gives you plenty of support when it comes to learning the game in the form of showcase tutorials, which are fun as well as informative. There is also a detailed manual in game covering every aspect of the game from weapon setups to complex command systems.

However, we all know that’s not what an experienced player does, right? Most will say, “I’ve played shooters before how hard can it be?�? I even said that to myself as I launched the multiplayer Beta on Day 1 of picking up the game…was I so wrong.

Arma III plays out so differently but taking the time to learn all of those elements in the game is as rewarding as it is arduous. One of the key moments though that bonded me to the title was these first steps into the game and multiplayer. Arma III features in-game voice over network communication and this means that if you have a mic, then you can easily communicate with any other player in the server. The communications system breaks down into channels for your squad, current vehicle and passengers, commanders and “side channels�? (local and server wide).

It was through this system that gave me the kind of encounter that made me see the kind of players that make Arma III such an excellent game. As many people have observed, the apparent quality of players in online multiplayer seems to have degraded in the past months leading many players to come to the conclusion that the only way they can find gameplay worth spending any time on will be in private servers or organised competitive situations.

In Arma III, whilst there is no doubt troublemakers as you would find in any game. what I have found is that there is a far greater amount of players who are willing to not only work together but actively to help new players to the series understand what it is they are meant to be doing and where they should be going.

On my first day in the game I found a random player I had never spoken to before who was happy to spend over an hour holding my hand through the first steps of exactly what the hell I was supposed to be doing. This was not an isolated episode I have found this to be generally a continuing trend amongst the Arma community that players are helpful respectful and work hard for the objectives in-game.

So what do you get with the game itself? Well, you have the initial 12 equipment showcases; which demo everything from Infantry to Scuba, Helicopters, Tanks, Drones and then 3 Faction Showcases. There are 10 firing drill challenges designed to test your gunplay skills. There are 3 Campaign missions: Survive, Adapt and Win which at release are soon to be available free through Steam.

One of best and main aspects of Arma III are the user-made Scenarios; at release you will find plenty of these already made and available for free in the Steam Arma workshop which can be accessed in-game. These give you an expansive endless supply of single-player missions for you to complete. This goes hand-in-hand to the Editor, which as with previous Arma titles, is extremely detailed and comprehensive giving players the opportunity to create missions that can be as detailed as your imagination and time allows. You can then post them on Steam for other people to download and play. The Editor is also an excellent tool for learning how to play the game giving you a safe environment to test or practice your skills in any discipline.

Finally, Arma III also has extensive Mod support which, when combined with the Mission Editor, gives powerful tools to players and the community at large.

Next we tackle the game’s bread and butter, which is the multiplayer. The game comes with nine multiplayer scenarios, but keep in mind that in addition to those, you will be able to play user-created missions such as the Amazing Invade and Annex created by Rarek of Ahoyworld along with others such as Wasteland, Project Reality and many, many more.

An important note to make is that unlike many other titles, most of the user multiplayer missions you will participate in will be co-operative in nature — meaning you play together as a team against AI to complete objectives rather than fight amongst yourselves. This might not sound fantastic on paper, but it’s actually what makes Arma III so enjoyable and stand apart from other titles in an oversaturated genre. The very fact that you have to work together against AI means that it requires strong team play coordination, communication and all the elements that attract players to a title like Arma including its vastly slower pace of gameplay. It’s not unusual for you to spend 20-30 minutes just travelling from your base to the objective via boat or helicopter to the insertion point and then tabbing on foot to the objective area.

When it comes to the AI, this is one area I feel could do with some improvement. The AI can be punishing but also vastly stupid at the same time, they often will stand out in the open and take round after round of hits apparently with little care. However on other times they will turn and hit you straight between the eyes before you could even zero your sights on their position. This inconsistency is something that can really devalue the sense of reality in-game and also can make for some frustrating encounters. There are times when enemies will run for cover or hit the deck when taking fire, and at other times they will just stand there like statues so it’s definitely something to work on. But as a whole, this honestly doesn’t devalue from the experience greatly and playing against the AI really does require care.

Remember, the damage values in Arma are extremely high and it doesn’t require a full round to drop a player. Think more like 1-2 carefully aimed bullets at any range.

Just to mention one other criticism and that is the optimisation. Now there are always going to be problems when you are trying to play in a world of some 270 square km, but one thing that has been voiced very recently is the drop in frame-rates in some of the multiplayer games. This week playing on Altis running in Ultra I would get frames of between 60-120 when out on missions but when returning to higher traffic areas or the spawn it could drop as low as 20fps. Hopefully, this is something that can be improved with some driver updates but currently it can make some encounters less enjoyable than they should be.

There are many detailed features in Arma III, it’s so robust that it can’t be mentioned in a single overview. There are just too many details and elements to cover from stance to zeroing the sights of your weapon, calling for pickup, designating areas, setting explosives, sniping, stealth mortars and so much more. It is this vast detailing that makes Arma such a good title it can, at first, be baffling, before being intriguing and then finally, immersive. It will capture your mind and your imagination and provides you with literally endless new gameplay in each mission be it single-player or multiplayer. You won’t just be shooting enemies as there are wide-ranging roles for you to play from a helicopter pilot to squad commander, a Special Forces stealth team or driving an attack boat for support.

The best part of Arma for me though is its pacing; such an important and often overlooked detail for games the speed at which missions play out is what stands it apart from other titles and what brings you back for more. However, be in no doubt this is a slow paced game it takes time to setup to reach your objective and to carefully complete them, reckless run-and-gun styles will only serve to get you killed and coordinated team play is the core focus.

It’s a brilliant and vastly detailed experience and will appeal to those players looking for a more serious experience but the user-created and modding support gives the ability to create unique scenarios for players who just want those crazy moments as well. Let’s not forget that DAYZ would not exist if it were not for Arma II and I am sure that something equally huge will be built out of Arma III.

Arma III really does give you something different and in a world of arguably cloned and re-skinned shooters there is a lot to be said for that.

I will have a lot more content coming on the official release of Arma III this week and I will shoutout where I am playing via Twitter so be sure to follow me @luetin09 as well as streaming gameplay on twitch.tv/Luetin

Optimization could be improved framerate loss can occurAI can be godlike at times braindead at othersLack of built in campaign at release disappointingSome mechanics in game are still glitchyFinal Verdict: 7/10 (A massively engaging title, but the gameplay could be too slow for some people. Overall it is a very well put together and detailed production)