Ever since I first discovered Adventure Time I was hooked. So, when I heard about a full retail game coming… 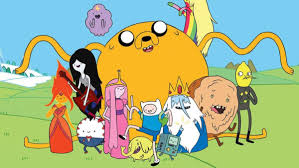 Ever since I first discovered Adventure Time I was hooked. So, when I heard about a full retail game coming to consoles, I knew I had to play it, but I warn you now, don’t buy it. Don’t go near it. If your kids ask for it for Christmas, give them something else instead of this.

It will literally ruin their Christmas, like it ruined my day. I enjoyed the game for maybe two minutes, pushing three. For the opening segment I thought, “Oh cool, they’re using a retro style for the cutscene.” This was followed by, “Oh, they’re using retro graphics for the game…and gameplay”.

What you have to note is, that I actually love retro; but there’s an issue here. I don’t expect to pay £30 for a retro-styled game. And this game, even if it was released when I was a wee laddie (Admittedly I’m still young) would be terrible.

It plays like a knockoff version of Gauntlet, a simple dungeon crawler. You can unlock sub weapons, either by finding them in the dungeon or by buying them. But really, they’re not that helpful at all. It can be anything from swords to cat launchers. I rarely used the sub weapons, perhaps for the occasional “variety” but they brought in very little to the game, although if they didn’t even have at least sub-weapons, I’d be pressing literally one button.

Perhaps the biggest issue with the gameplay is that you simply don’t need to fight anything up until the boss fights which occur every 10 levels, you can simply wander pasted all the enemies and head down the stairs to the next level. Which destroys the need to even bother grabbing a sub-weapon.

Each character has a special ability: Marceline absorbs red projectiles to gain power to use it, meaning half of the enemies are rendered useless. Marceline can also hover over gaps in the floor, as can other floating characters. The gaps kill other characters. Making Marceline really, really overpowered.

There’s 100 levels, each level is split up by a quote from the TV program, and this, too, quickly felt recycled. You’re only able to return to the outside, the “hub” which has shops and places selling upgrades every 5 levels. So for example, if you die on level 90 you have to back to 85. as I mentioned there’s a boss battle at every 10 that’s mostly a walk in the park but with the occasional really annoying one.

In particular level 20 frustrated me, simply because it crashed so many damn times. Level 30 was also annoying, because it took me around 10 attempts just to work out when I was causing damage, there was no reaction from the enemies to suggest I was.

But worst of all, is that if you fail you can retry by giving up half of your money, but sometimes that, too, didn’t work, and it would boot me back five levels anyway. The simple fact I had to go back 5 levels if I died was annoying enough — let alone without the annoyance of my choices being ignored…though that did only happen twice.

There’s a lot of characters to choose from, and you unlock more as you play. It also supports 4-player local co-op.

The graphics are — simply put — lazy. Even if you say, “Hey, they’re going retro.” It’s lazy, smudged visually. Re-skinned (or rather, re-colored) enemies and constant clipping makes it feel really cheap and really shows how little the developers care about quality.

We begin to see the dungeon change terrains, so at least it’s not just the same colour scheme over and over, but it doesn’t dramatically change anything. It just looks slightly different.

So, all in all. This game is essentially a pretty poor digital game that they’re charging £30 for, You don’t need to be a math genius to figure out how this plays out.

Final Verdict: 2/10 (This game would maybe get slightly higher if they didn’t try to crap it out as a retail £30 game.)

A review copy of Adventure Time: Explore This Dungeon Because I Don’t Know was sent to me from Namco Bandai on the PlayStation 3, it took me around 8 hours to finish and it had no difficulty setting, because that’s the kind of game we’re dealing with.